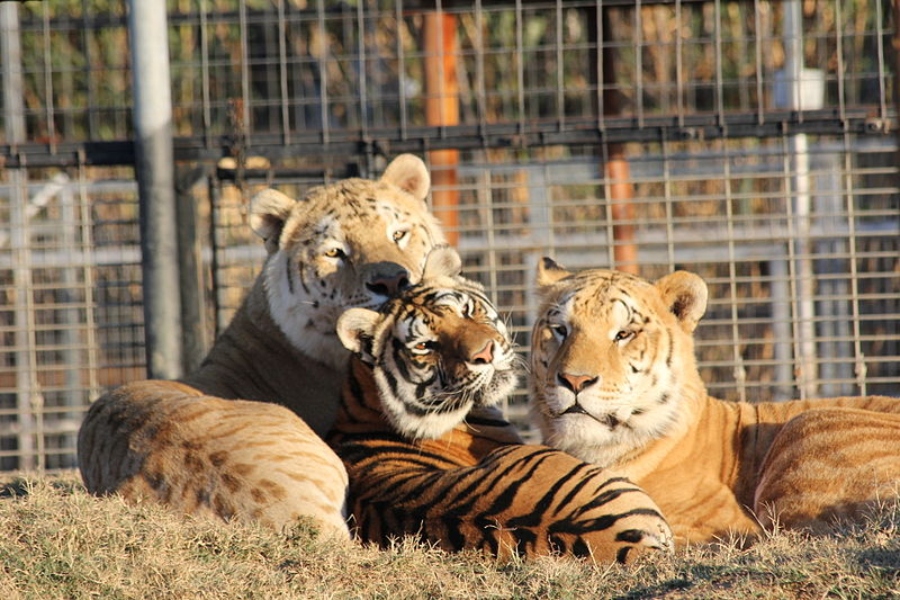 A recent hit on Netflix, animal park documentary “Tiger King: Murder, Mayhem and Madness” bounded into the spotlight March 20 and quickly entertained viewers with both its quality and its controversy.

“It’s definitely a story that you would have to watch to believe,” Cranmer said. “It has as many twist and turns as well as questions that are still left unanswered. It leaves you guessing and hoping for what the future holds.”

“Tiger King” follows the story of Joseph Allen Maldonado-Passage, who is better known as Joe Exotic.

Exotic owns the Greater Wynnewood Exotic Animal Park, also known as the G.W. Zoo, located about an hour outside of Oklahoma City, Okla.

From the start of the documentary, Exotic takes center stage.

Exotic explains in the pilot episode that he had a lot of difficulties growing up. When he told his father he was gay, he made Exotic shake his hand and promise not to attend his funeral.

After the altercation, Exotic drove his car off of a bridge leaving his back broken and forcing him to wear a body brace for a full year.

He moved after the incident and found out his neighbor owned a tiger. From then on, Exotic’s life revolved around tigers, lions, and other big cats.

Senior Jillian Locke found the show humorous but believes that there’s more to the show than comedy.

“I think Tiger King is not only extremely funny but I think as an outsider it allows us to make our own decisions on people and what we think is ethical and what is not,” Locke said. “I think that the show really tries to show all aspects of what happened in this unusual dynamic and isn’t afraid of showing anyone’s fault.”

The drama surrounding his life didn’t cease when he became a big cat owner.

I think that the show really tries to show all aspects of what happened in this unusual dynamic and isn’t afraid of showing anyone’s fault.”

One interesting segment of the documentary details Exotic’s music career, or so viewers think. The documentary included Exotic singing some of the songs he wrote such as “I Saw a Tiger” and “Here Kitty Kitty.”

Fans found out the truth, however, as Exotic was not the voice behind the songs but rather hired a singer and took the credit.

“Tiger King” shocked its audience once viewers realized who Exotic really is.

Another captivating part of the documentary details how Exotic ran for president in 2016 as a libertarian but did not win the general election. Exotic then said he didn’t want to wait four more years to run so he ran for the governor of Oklahoma in 2018, placing third in the election.

The story focuses not only on Exotic, but also on a feud between Exotic and Carole Baskin.

Baskin is an American animal rights activist and owns Big Cat Rescue, a rival to Exotic and the G.W. Zoo.

Exotic’s internet show was focused on Baskin for a long time, explaining why Exotic views her actions as wrong.

The documentary’s coverage of the disappearance of Lewis caused fans to ask so many questions that the case was reopened for investigation.

After trying to hire a hitman who turned out to be a federal agent, Exotic was charged with two counts of murder-for-hire.

Adding that to eight counts of falsifying records and nine counts of violating the Endangered Species Act, Exotic earned 22 years in federal prison.

Junior Aaron Boyle liked “Tiger King” because it kept him on the edge of his seat.

“It was quite interesting. I couldn’t stop watching it, that’s for sure, and it’s definitely like nothing I’ve viewed before,” Boyle said. “I feel as though Carole was just as bad as Joe with the captive tiger keeping.”

Boyle felt that there wasn’t enough reason to put Exotic in jail.

“(There) was minimal evidence as they had to convict Joe Exotic,” Boyle said. “I feel he should be a free man being the only evidence where another exotic animal owner who could have just wanted Joe out of their personal realm.”