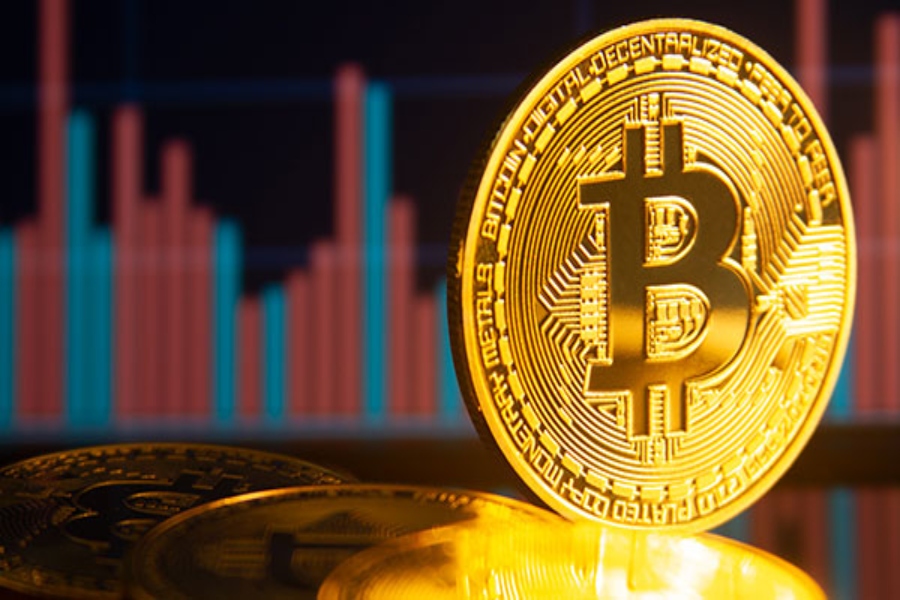 Within recent weeks, the cost of Bitcoin has been plummeting. Dropping from $68,929.89 at its peak to now merely $30,407.05 within the day this is being made. Why is this happening?

Well, there are a few factors to take into consideration. The first being the Russian-Ukrainian war that has been going on for the last few months. Since cryptocurrency is relatively new to the economy, we have very little knowledge of how it can fluctuate in cost.

Nevertheless, based on the war going on in Ukraine, studies show a steady decrease in the value of bitcoin dropping 4% in 30 minutes at one point and this has become an increasing trend.

There is a correlation between these drops and the start of tariffs and sanctions placed on Russia at the start of their invasion.

This would also make sense since the start of this geopolitical struggle caused people who owned bitcoins to try and find safer places to invest in assets that weren’t bitcoin, another rising issue that’s heavily affecting the value of bitcoin is inflation.

Due to the amount of geopolitical tension at the moment and plenty of tariffs and sanctions, inflation is starting to become a growing issue with the rise in prices leading to people trying to stay conservative with their money.

People aren’t investing in bitcoin as the general public sees this growing inflation as a sign of a recession that is upholding the flow of the economy.

This is leading to the investments in “safer” assets allowing for those who are afraid of the recession to feel as though their money is secure.

The final reason is the crash in the stock market. Due to the growing global tensions, the piling inflation, and the disruption occurring in the business cycle, the stock market has been taking heavy blows in recent months.

The results of this approaching recession affecting the stock market have an effect on the value of bitcoin. Bitcoin has lost many investors and people willing to invest in things such as stocks and mutual funds. Thus, the demand for bitcoin has dropped.

The reason why bitcoin is failing as of right now is due to a global economic tension which is negatively affecting the nations involved and causing things such as economic recessions, this, combined with the lower demand for it in the market recently creates a linear showing of how bitcoin is losing its value.

As of right now it’s hard to tell if it will be able to recover, odds being it will, this does teach us about some effects that might occur on bitcoin.