Why ‘Batman: Arkham Asylum’ is still the best Batman game 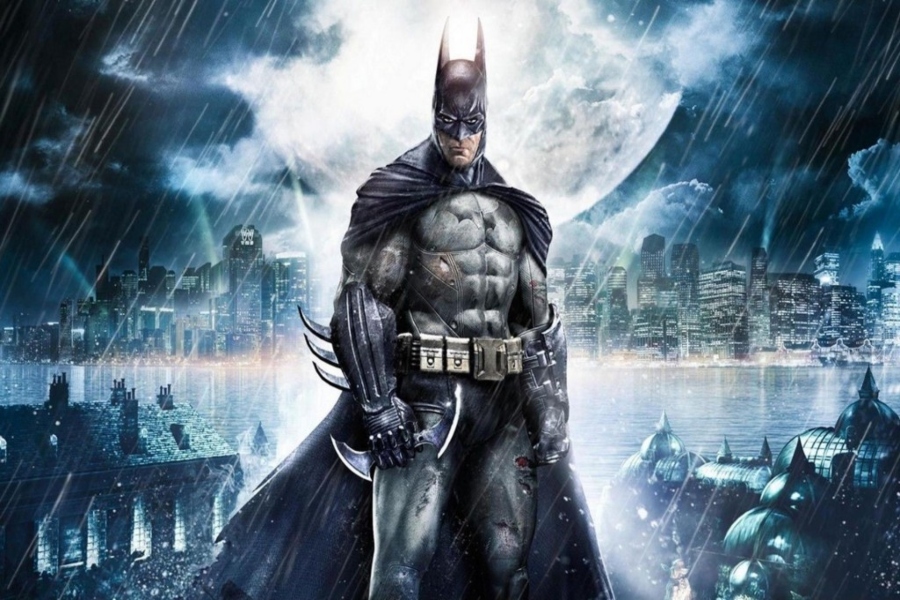 Why 'Batman: Arkham Asylum' is still the best Batman game

Play Batman: Arkham Asylum after sequels City and Knight and it’s striking how quiet it is. The latter two games in Rocksteady’s trio of Batman adventures are some of the most relentlessly chatty video games ever made.

As you explore Gotham, in both walled prison and regular city form, the voices of goons on the street are a ceaseless, irritating presence.

Once I realized they sounded exactly like Prison Mike from The Office, I just couldn’t take them seriously. “Yeah, I fought da Batman once. He broken my arm in t’ree places.”

Asylum is a much leaner game. It’s not shouting at you constantly, flooding the map with distractions, side content, and collectables.

That’s what makes those times where you’re exploring in relative silence so refreshing. Even the music is used sparingly, allowing you to soak in the atmosphere of the setting without feeling like your brain is being overloaded.

Triple-A games have only gotten louder and more forceful when it comes to leading players towards content, which makes playing Asylum today extra nostalgic.

I know it’s fashionable to insist Asylum is the best Arkham game, especially in light of all the functional improvements in the sequels.

But it is, and that’s entirely down to the setting. This ominous gothic asylum has featured in countless Batman stories over the decades, but in this game it’s the real star of the show and fleshed out in a way it never has been before. It’s dense with history and mystery, and scattered with traces of the many infamous Batman villains who have, against their will, called the place home.

Rocksteady had decades of Batman mythology to use as the basis for creating this setting, which makes it a much richer game world than most. This attention to detail also factors into the game’s Riddler puzzles. You’ll be given a clue, usually referencing a Batman character, which will point to some environmental detail—like a weapon they used or a newspaper clipping. This adds a nice layer of interactivity to the game and rewards inquisitive players who take the time to explore every inch of the world.

By isolating the entire story to Arkham Island, Rocksteady’s artists were given the opportunity to really get really granular with the world-building. The level of detail is astonishing, and pretty much every corner of the place has some interesting little piece of hand-crafted environmental storytelling. It’s significantly smaller than Gotham, but more focused. The Metroid-inspired structure involves frequent backtracking, which lets you get familiar with the setting in a way you never really do in the other games.

Despite being essentially set in a single building, there’s still a huge amount of variety in the game, both visually and spatially.

One of Asylum’s neatest tricks is how the setting changes over time, reflecting events in the story. As you progress, the asylum becomes increasingly vandalized, litter-strewn, and covered in graffiti.

After encountering Poison Ivy, the giant, snaking tendrils of her supercharged plants burst from the ground and wrap themselves around the buildings. These touches give you a sense of time passing as you chase Joker over the course of a single night, and adds further variety to your surroundings.

Compared to Asylum, the sequels are overly reliant on open world filler and are terrible at giving you clear paths to things to do.

Arkham Asylum is masterfully paced and structured, and isn’t screaming in your ear every five seconds about some new distraction to go and investigate. On a more basic level, Metroidvanias are just better than open worlds.

The story is hands down the best also, there isn’t too much going on around you where you can get lost in all of the side missions.

The story is a nice length and they don’t reuse stories as we have seen in the other games.

I think my favorite part as previously mentioned would be the setting and how contained it is.

In “Arkham City” and “Knight,” Gotham is huge, which is great in theory for a free roam game but it takes quite a bit of time going from one side of the map to the other.

Asylum is nice and small but still has many places to roam around after the game. There are only a few main buildings you can complete missions in so it leaves more up to the story and not the many buildings the other games rely on.

We have to remember when people critique this game that it came out in 2009 so this was a huge step for a game in that time.

The way they brought out the development of the characters is still one thing that to this day amazes me. The way they showed The Joker and his full get-up was something all Batman fans loved. Mark Hamill was an amazing Joker which is why he was brought back for Arkham City.

The one downfall of the sequels  and the terrible prequel is that there is too much of everything going on which makes the games terrible  compared to the first.

Batman: Arkham Asylum 13 years later is still the best Arkham game and will be for years to come.