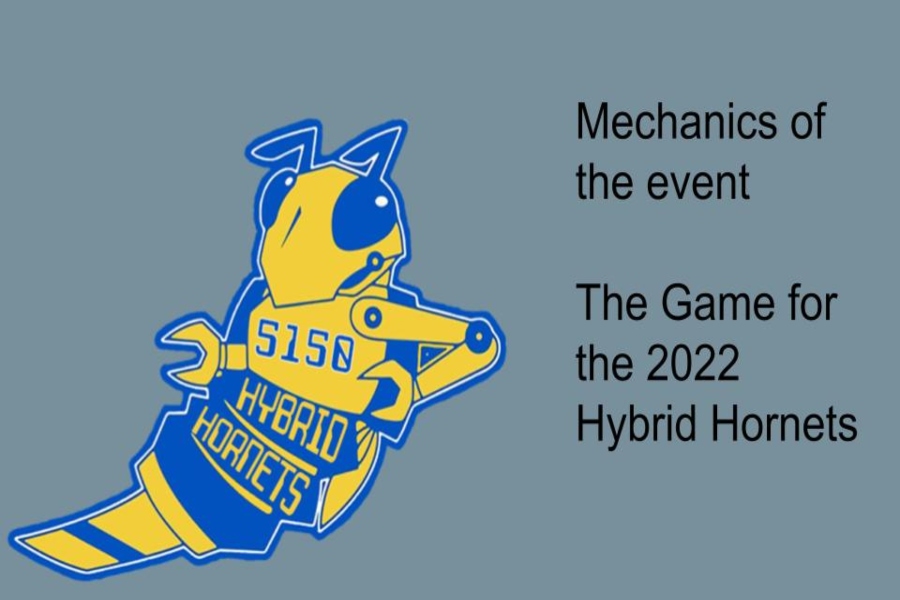 The Hybrid Hornets are getting busy with the announcement of The Game.

This Saturday, Jan. 8 was the Kickoff of robotics season, with the announcement of the theme and “the game” for the robot to complete.

The main part of “the game” or the main challenge for the robot to engage in is called Rapid React, which involves throwing oversized tennis balls into lower and higher goals.

Senior Jacob Callahan commented on this part of the game.

“The idea of scoring the oversize tennis balls is more simple than things I’ve seen in the past.” said Callahan.

The more difficult aspect will be “The Closer,” a secondary game to be completed in the last thirty seconds of the event where, this year, the robot will have to climb monkey bars of various heights.

Both the closer and “Rapid React” give the team chances to score points towards a total.

With the announcement of the robot’s objective comes the busy season for the team.

As of right now, they’ve begun coding, designing, and prototyping for their first competition at Kettering’s Week One on March 4th and 5th.

Callahan is optimistic about their chances at competition.

“I expect to do well if our robot is doing what we expect it to do and designed it to do.” said Callahan.

The second part of Saturday’s announcement was the travel theme, which revolves around this year’s main sponsor, Boeing.