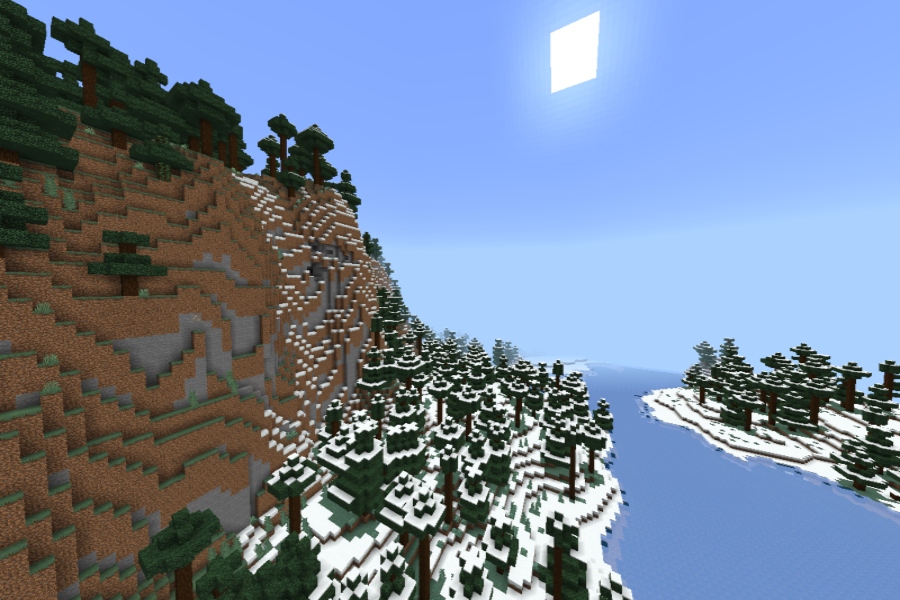 After over a year in development, various delays, and fan pressure, the final part of the Minecraft: Caves and Cliffs update has been released.

This update overhauls the very basics of how Minecraft worlds generate both above and below ground, along with new biomes and dozens of little changes that fit into the new landscape.

Before this update, Minecraft’s terrain generation was relatively lackluster.

Most of the aboveground land and underground caves were extremely similar from world to world, which made exploring boring and somewhat pointless.

Now, mountains can reach heights that are almost triple what they could achieve before, and caves extended even deeper into the world.

To saturate the new room that was left underground, there is a new block-type and biomes that form in the deepest parts of the world.

Deepslate and its ore variants will now replace stone once you achieve the right depth. This dark block is harder to mine than stone and can be crafted into many more blocks than stone without the need for special workbenches.

In addition to that, there are now biomes for caves. These biomes can form independently of each other, meaning there could be any number of biomes or variations in the same area.

Lush caves sport a new green block called Moss. This block will form on almost all of the surfaces in the caves, in addition to various growths like Glow Berries and Splore Blossoms.

This biome can also contain water and clay, which are bastions for Axolotls to spawn.

Dripstone Caves are the antithesis of Lush Caves. They have been seen generating large stalagmites and stalactites made out of a new block named Pointed Dripstone, which can extend from many different insane elevations.

These blocks also have a chance to fall if provoked, dealing serious damage to anything underneath them.

Copper, a new building material, can also be found in abundance in this biome.

If you’ve been on the fence on the new Minecraft: Caves and Cliffs update, now is the time to check it out in its released glory.