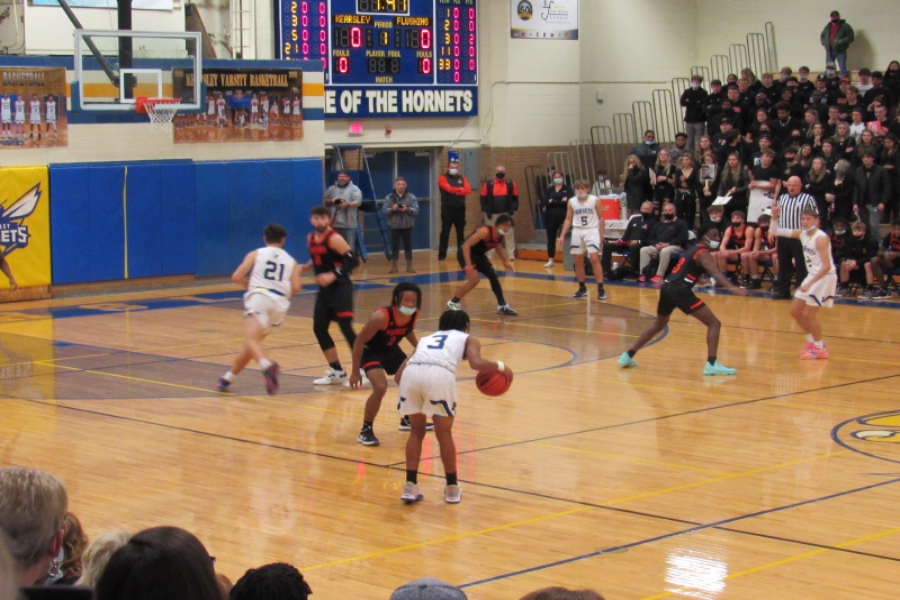 Kearsley is bringing up the ball on offense.

Boys basketball took on Flushing at home on December 10.

It was an intense game with both teams going their hardest to win.

It was a close game the entire time, with the halftime score being 25-22, Flushing leading by only three.

Leading the hornets in score was senior Tyler Csintyan with a total of 15 points.

“We beat ourselves,” Csintyan said. “We watched a lot of film and everyone seen how they could improve. We’re a good team and we’ll figure it out.”

Another key player in the game was sophmore Dylan Ruhstorfer with a total of 6 points.

The team is looking forward to their next game, away on Tuesday, Dec. 14 against Goodrich.