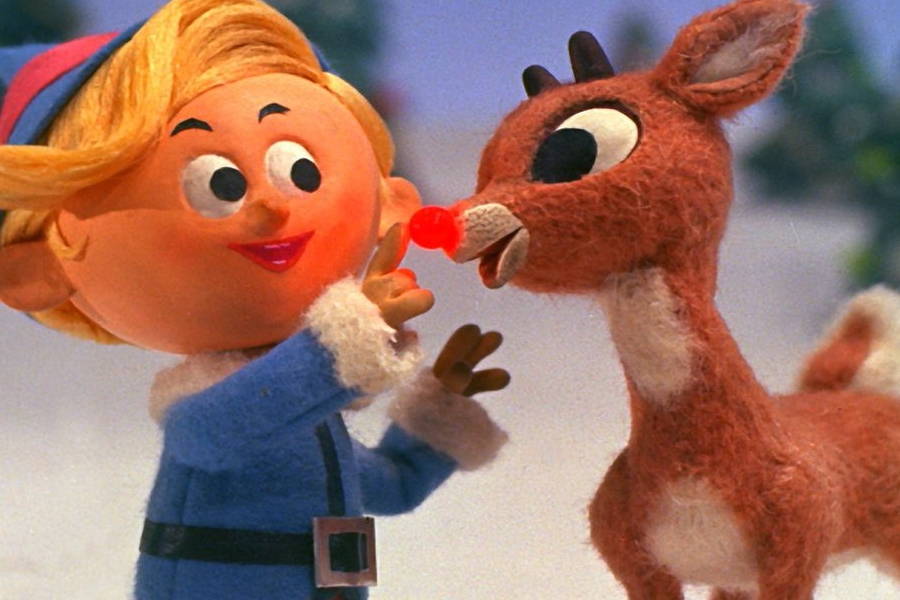 When I was younger, one of my favorite holiday traditions in my family was to sit down in front of the fire and watch some of the old claymation Christmas movies made by Rankin/Bass Animated Entertainment.

There are about nine of these stop-motion holiday specials that were made in the 70’s and 80’s, and they cover all kinds of Christmas topics under the sun, ranging from the good Christian imagery we all are used to, to Santa Claus literally being tortured by child hating demons.

Fun for the whole family.

10. The Life and Adventures of Santa Claus

The absolute black sheep of the Rankin/Bass specials, Life and Adventures follows a group of eldritch horrors torturing Santa while deciding to either let him die of old age or to give him immortality.

You genuinely would not think this was a Christmas movie if Santa Claus was not in it, the movie is so far removed from the rest of the movies to come.

No, not named after our beloved government teacher here at Kearsley, this movie is about the donkey who transported the Virgin Mary while she was pregnant with Jesus.

Now I don’t know why the donkey has long ears, he feels like a more downplayed version of Rudolph, just with much less personality.

This movie is very weird. This is definitely not the worst on-screen adaptation of the titular character, that honor is reserved for the The Santa Clause 3: The Escape Clause.

This movie is very forgettable to be honest and it’s a confusing addition to this series since it doesn’t feel as much of a Christmas movie as the rest.

7. Rudolph and Frosty’s Christmas in July

This movie feels like a hodgepodge of other movies. It has the main characters from Frosty the Snowman and Rudolph the Red-nosed Reindeer and another winter warlock as the main villain like in Santa Claus is Comin’ to Town.

There is a lot of weirdness in this one, not to mention at one point Frosty and his entire snowman family melt and die before our eyes.

Sticking with the less than secular Christmas theme “drummed” up in Nestor the Long-Eared Christmas Donkey.

The Little Drummer Boy follows an orphan who visits the infant Jesus and plays for him. This movie is pretty depressing considering the kid watches his parents die in front of his eyes.

A pretty big step up in quality from the earlier movies on this list, Rudolph’s Shiny New Year is a sequel to Rudolph the Red-nosed Reindeer that follows the titular character on his hunt to find Baby New Year, who has run off after everyone made fun of him for having abnormally long ears.

While it is essentially a retread of the “don’t judge a book by its cover” from the original Rudolph, it does this retread very well and brings some genuinely cute and festive moments to the table

Definitely the most iconic and well-known stop motion movie on this list, Rudolph is THE Christmas classic I feel so many people grew up watching since its release in the 70’s.

Following Rudolph, a would-be dentist elf named Benny, and an eccentric prospector named Yukon Cornelius on their quest of self discovery.

My only gripe with this movie is how mean spirited literally everyone except our main characters are.

Benny wants to be a dentist instead of making toys and everyone yells at and makes fun of him for not doing the work he doesn’t enjoy.

It gets even worse when you look towards Rudolph and how he’s treated, everyone except his parents and his friends make fun of his nose, even Santa Claus puts himself on the naughty list for repeatedly making fun of his nose.

Even if it is mean spirited, this movie is a true Christmas Classic and I look forward to re-watching it every year.

Okay, I am kinda cheating with this entry seeing as it is not stop motion animation but it’s still a major movie in this genre.

That being said, Frosty is such a cute movie.

This movie just gushes childhood nostalgia and Christmas spirit for me personally.

I really do not have much to say about this special since it is pretty simple and just that solid.

2. Santa Claus is Comin’ to Town

Probably the movie with the coolest premise, Santa Claus is Comin’ to Town focuses on the origin story of Saint Nick and shows how he got this Christmas thing going.

With it being one of the more uplifting movies in the surprisingly dark Rankin/Bass lineup, this movie shows how Santa became a wanted criminal just to make the kids in his town happy.

While it doesn’t explicitly say to break the law, it still is really weird in retrospect to think about the mayor of a town outlawing toys, and Santa immediately being completely fine with living on the lam just to keep Christmas alive.

1. A Year Without a Santa Claus

I am definitely a little biased towards this movie, it is still one of the movies I always watch around the holidays along with Elf and Home Alone.

A Year Without a Santa Claus has everything good about these movies and then a little more.

It has the solid, if not a little corny, voice acting.

It has the genuinely impressive stop motion the animators probably sacrificed their sanity to make as good as it is. The cheesy and over-the-top songs, including a very heart wrenching rendition of Elvis Presley’s Blue Christmas.

A Year Without a Santa Claus is undoubtedly the best Rankin/Bass movie.