Jazz Band Is Back and Better 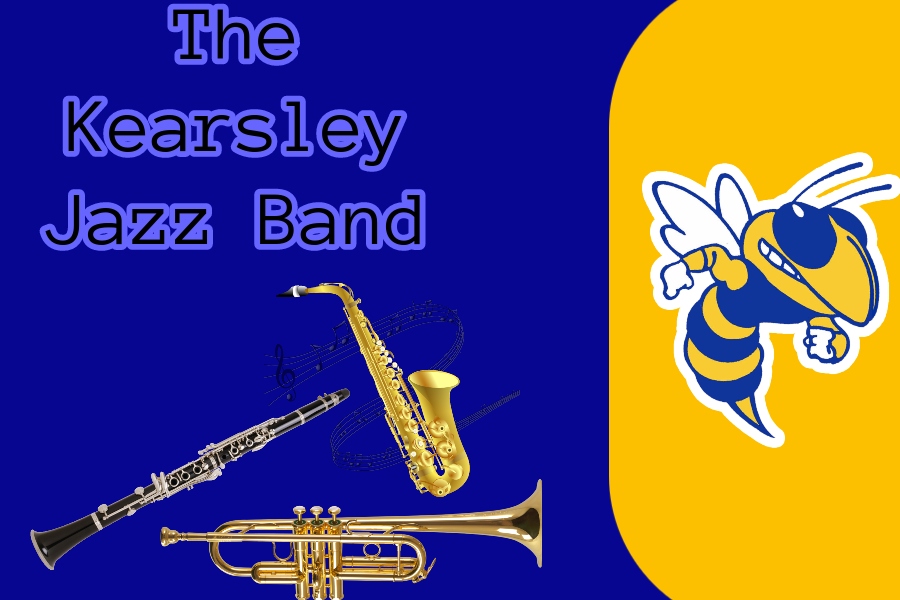 The jazz band includes instruments you may not see in Kearsley’s regular concert or marching band such as the piano, guitars, and much more.

The Kearsley Jazz Band is small but enthusiastic with about 20 members.

Jazz band is a fun group that prioritizes having fun together over taking themselves too seriously.

“I am very excited to play jazz and actually learn how to play swing music, because when I was in 8th grade I never got to play any jazz music.” Burcar said.

Senior Janae Swanson, a former jazz band member, recalls her fond memories of jazz band and how she enjoyed having a smaller band.

Between Swanson and Burcar a very important topic that came up was that the jazz band is not well known within the school.

Burcar commented how they thought it may be partially the fault of social structures within our school and how musically inclined students are rarely prioritized.

“I feel as if jazz band may be unpopular because of the cliques in our school. Kids who are really good at fine arts or anything of the sort are always pushed to the bottom and are ignored by the rest of the school. Like how many people even knew that marching band went to festival and got a 2? Or that theater just started? Yeah, nobody.” Burcar said.

Swanson thought that jazz band may be unknown because of the exclusive aspects of jazz band.

“Not every instrument is included in jazz band like there isn’t very many flute parts and I feel like jazz is just not everyone’s style.” Swanson said.

Even though jazz band may not be well known to the student body, the jazz band students are having fun, which is what it’s all about.