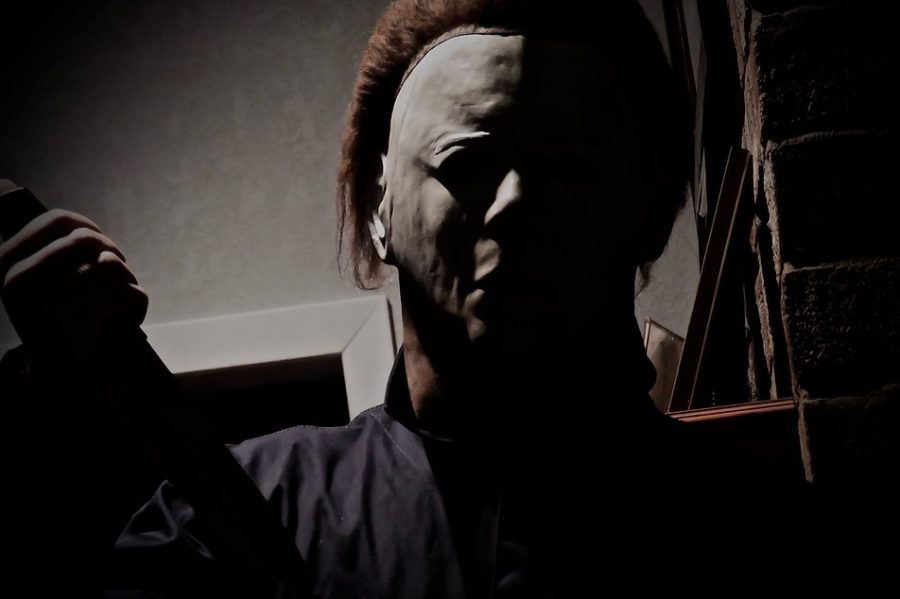 Micheal Myers in his usual outfit ready to strike.

Regarded as one of the most influential and monumental horror franchises of all time, Halloween got its humble start in the late ’70s.

Over 40 years later its 11th installment, Halloween Kills, raked in $50.4 million over its opening weekend.

John Carpenter’s original is very much held at a high value among the general public, who praise the subtlety and score as key elements to one of the best slow burn horror movies to ever come out.

With the series’ newest installment generating a mixed but mostly positive reaction from longtime slasher fans, the question must be raised, has it always been this way?

Spoiler alert: no it hasn’t. But that’s alright, sometimes bad movies are as enjoyable as good movies. Without further adieu, let’s get to the ranking.

Our first entry on this list killed the entire Halloween series for more than 16 years, featuring a completely ridiculous plot about reality show contestants trying to spend the night in Myers’ childhood home.

Not only does this movie feature some of the worst scares and most egregious dialogue, it also features rapper Busta Rhymes doing martial arts.

All in all not a great outing for Michael Myers.

One of the more complicated movies in this already super complicated series, The Curse of Michael Myers follows a much more convoluted plot than the original.

The story follows a cult who cursed Myers to kill his entire family, a backstory that is overwhelmingly detested by fans and was scrapped (thankfully) in the next movie, “Halloween H2O.”

Halloween 3 is an interesting entry for this series, being the only movie in the 12 film series to have the spotlight be Michael Myers, instead featuring a hard to follow plot about Halloween masks that kill their wearer.

It’s not the most noteworthy, but all in all not bad.

In 2007, rock star Rob Zombie, director of the cult classic House of 1,000 Corpses, decided to reboot the Halloween series.

We will talk about his first movie a little later, his second movie is most definitely the lower quality of the two movies.

It feels very slow and really does not keep the subtlety the original movies had, which was one of the biggest praises Carpenter’s 1978 release received from critics at the time.

8. Halloween 5:  The Revenge of Michael Myers

The movie that started the absolutely ridiculous cult plotline that was heavily detested by fans and critics, “The Revenge of Michael Myers” was a polarizing entry in this series, though it has seen some love from fans of the franchise.

It is one of the more forgettable entries, seeing as it is only remembered for its ludicrous plot that was dropped soon after.

A return to form after the ambitious but disliked Halloween 3, “The Return of Michael Myers” reintroduces the audience to the story of the titular slasher.

This movie is the first movie to not feature Laurie Stode (Jamie Lee Curtis). the protagonist of the first two Halloween movies, instead centering on her daughter, who is revealed to be Michael’s niece.

Our next movie is the first movie made by Rob Zombie, which definitely was a needed fresh take on the franchise, pulling back the curtain on Myers’ childhood and giving us Zombie’s take on how Michael became the man he did.

While not at all comparable to the movie it was trying to emulate, I can give the director some props for trying something pretty different.

Fans of the franchise in recent years have started to give this movie a lot of love, and I think that is well deserved.

Breaking into our top five is the sequel to the original Halloween.

A lot of long time fans are not huge fans of this movie but I personally love it because of the setting being in a hospital, a creative scenario for a Halloween movie.

While it does stick to the formula, it plays off the classic story line that I admire. This movie was the one to make the polarizing announcement that Michael Myers and Laurie Strode are brother and sister, an unexpected but not impossible plot thread.

The most recent entry in the franchise, Halloween Kills is one of the more middling entries in the franchise, a lot of long time fans of both Michael Myers and horror like it, but it does only really appeal to those two groups.

This movie did make a whole lot of money so at the very least it can be considered financially successful, however this movie definitely is lacking in the subtlety fans expect from the series.

The movie with the absolute worst title takes our bronze medal here today.

H2O is a return to form for the franchise, rebooting the series to erase Halloween 4, Halloween 5, and Halloween: The Curse of Michael Myers.

This move cuts out the insane cult story thread from the previous two movies and the niece Michael had in Halloween 4, replacing her with a college age nephew who attends the same school our original protagonist Laurie Strode now teaches at.

I would say the only downside would be the ridiculous LL Cool J, though he does bring some ironic charm as the school’s security guard.

The most unexpected sequel ever, Halloween brought Michael Myers to the 21st century for the first time.

This movie continued the rebooting trend set by H2O, erasing every movie except the original.

This cut out the epiphany that Michael and Laurie were related and kept the cult plot dead in the water.

Was there ever any doubt? John Carpenter’s subtle horror classic is one of the most influential and recognizable horror movies to date and had zero chance of appearing anywhere but at the top of this list.

This movie was simple, it did not have to deal with the burden the sequels did of having to deal with and address the developing and complicated lore that seemed to just build with every single installment following this one.