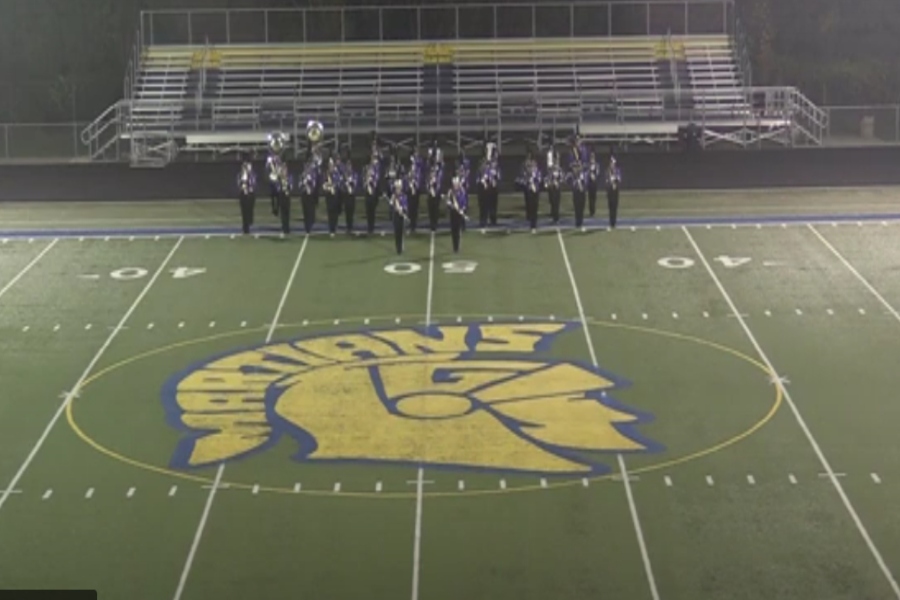 Kearsley marching band marches on to the Goodrich football field

On Oct. 12 2021, Kearsley High School’s 2021 marching band attended marching festival at Goodrich High School.  Not only did this festival show off the band’s hard work and improvement but it also brought this years marching season to a close.

One of the biggest challenges for the band were whether or not they were really prepared, following a 2020 pandemic season that was choppy at best.

Some students in the marching band were very excited to express that they were very prepared and thought they were going to do amazing.

Freshman bass drum player Victoria Burcar explained that she thought they were going to do excellent that night.

“Overall [we] were pretty great at playing and remembering our music! I expect the best from us.” Burcar said

Some other students were quick to disagree and thought the band was somewhat unprepared and not ready to do their best.

Freshman clarinet player Jessie Winslow was quick to say that they felt very unprepared and that they were not going to do very great.

“I don’t think we are really that prepared, not everyone knows all their dots and music.” Winslow said.

Others had very much mixed feelings on the whole situation such as tenor drum player and senior Vegas Pitts they felt very on the fence about how prepared the band was.

Junior alto saxophone player Nathan Cunningham shares how he felt that Covid was going to minimize the amount of people showing up to the performance.

“I am nervous that there will be less of an audience then usual. I feel like more people deserve to see our performance, we worked hard for this moment.” Cunningham said.

Despite how much Covid-19 challenged our band students, the performance ended up going very smoothly; the stands were packed and the Kearsley marching band scored a two, the second highest possible score.