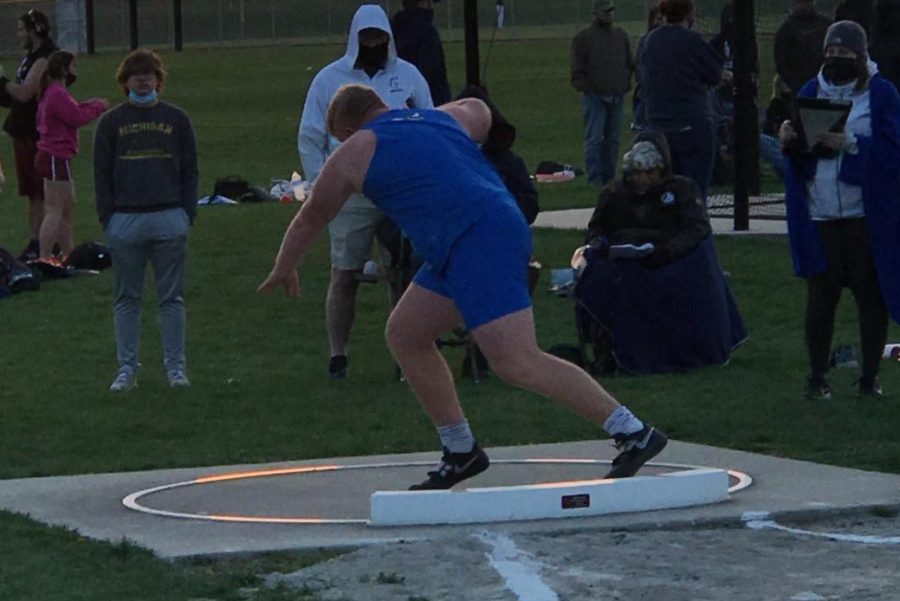 Brendan Schanick sets up to compete and throw for discus.

The boys track and field team was ready to fight on April 23 at the Lapeer Lightning Invitational.

For field events there were many top finishers. Junior Brendan Schanick placed 7th overall with a discus throw of 100 feet 11 inches.

“It felt good to compete with some of the best competition in the area and that first place metal showed that my hard work had started to pay off,” Schanick said.

Field wasn’t the only thing these competitive boys succeeded in.

Those two also placed in the 400-meter dash.

As a team the boys placed 5th overall at the meet.

This team is full of hustlers with even bigger goals in mind for their next meet.