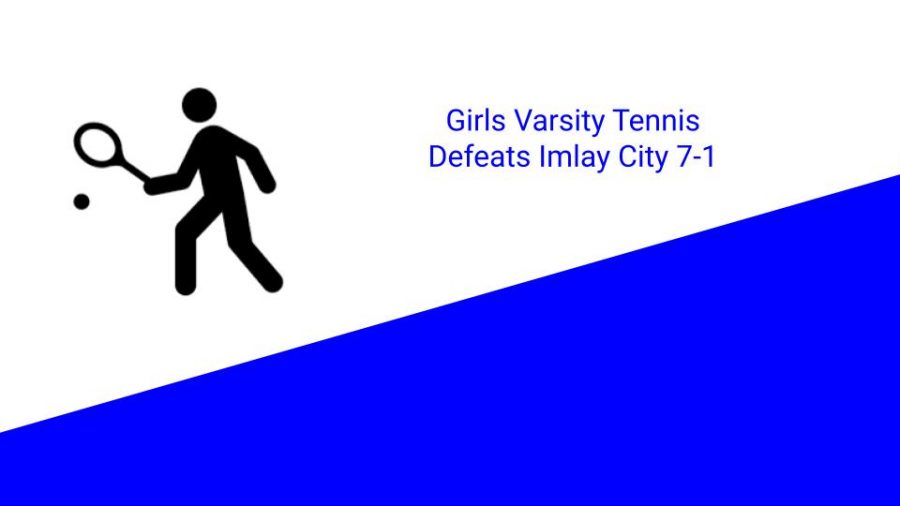 Singles one Molly Gunn took on Imlay city’s Hannah Sapp in an epic three set battle. After winning the first set in a tie break (7⁷-6³), Gunn lost the second set (4-6), and after nearly two and a half hours the third set was decided by a tie-break to ten, Gunn pulled through and took the victory 10-6.

“It was a long, tough match,” said Gunn “and in the end, I pulled ahead. I’m proud of what I accomplished.”