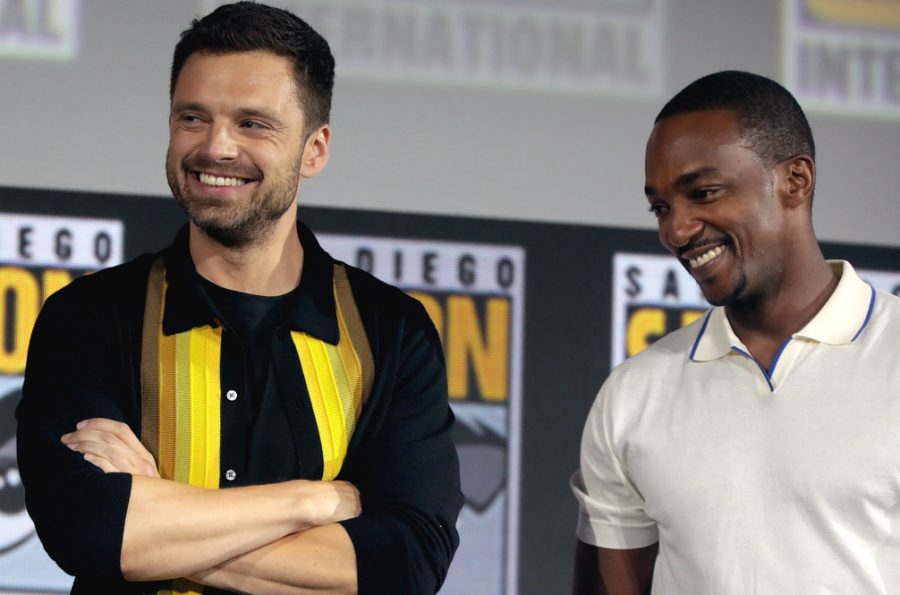 Sabastian Stan (Bucky Barnes) and Anthony Machie (Sam Wilson) star in the hit Disney Plus series 'The Falcon and the Winter Solider'.

The new series “The Falcon and the Winter Solider” was released on Disney Plus March, 19. Marvel fans have become obsessed with this new show.

The six episode series tells the story of Sam Wilson, the Falcon, and Sgt. James “Bucky” Barnes after the events of Marvel Studio’s “Avengers: Endgame.”

It follows the duo on a new journey in their lives. It goes into details about how they have dealt with the loss of their closest friend Steve Rogers, new enemies known as the Flag Smashers and the mysterious Power Broker, and a complicated past that they can’t hide from, while also introducing new key characters.

Junior Caden Palmer has been enjoying the series so far.

“The show so far is okay, I like how they’re using characters from past movies,” Palmer said. “Overall I’m enjoying watching it and it’s a pretty good show.”

Junior Samuel Kelsey had a conflicting view on the series.

“I think the action is lacking, the dialogue is dry, the story is hard to follow, and the action sequences are too long,” Kelsey said.

The final episode was released April 23 on Disney Plus.