Hornets get buzzed by Linden 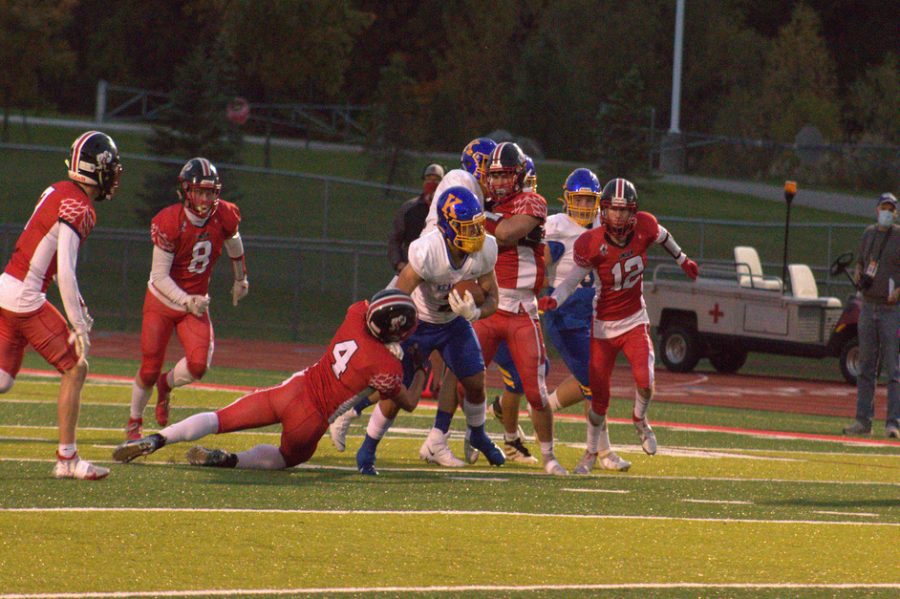 The Kearsley Hornets get buzzed by Linden

The Kearsley Hornets played the Eagles of Linden Friday, Oct 9 suffering a 43-22 loss.

The Eagles started the first two quarters with a 17-0 lead.

Senior Braylon Silvas ran in for a 33 yard touchdown missing the extra point making the game 17-6 at half time.

Silvas started the half with a one yard rushing touchdown. After the play Silvas passed it to senior Jace Chapman for the two point conversion making the game 17-14.

The Eagles went on to score 26 unanswered points during the second half leading the hornets 43-14.

Senior Isaiah Stiverson rushed the Hornet’s last touchdown with a two point conversion rush from Silvas to end the game 43-22.

The Hornets are currently 2-2 and will face off against the Flushing Raiders at home Friday, Oct 16.