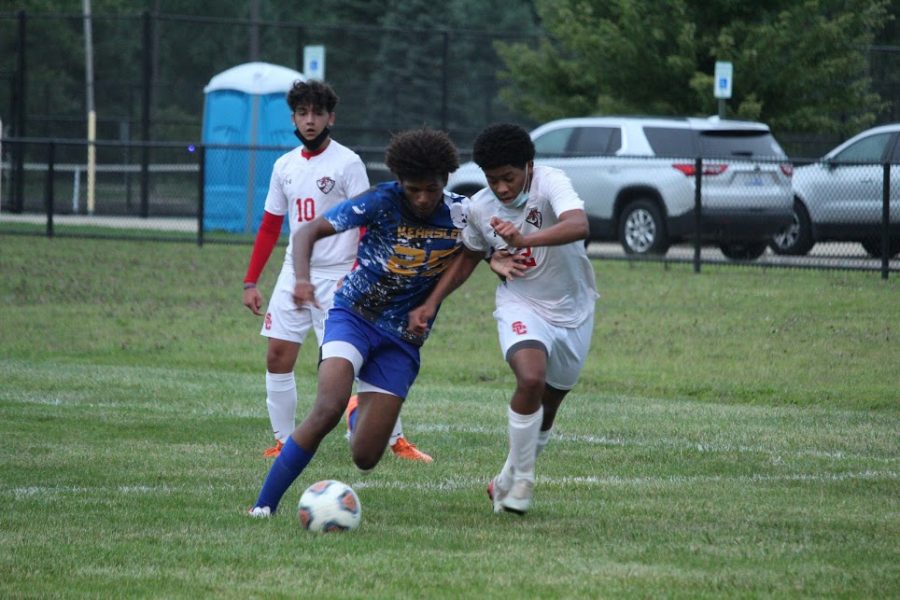 By Mackenzie Atkinson, Editor in Chief

The boys soccer team took the field for their season opener against Swartz Creek Wednesday, Sep. 9.

The Hornets lost the game 5-1, only scoring in the first half.

The Dragons were first on the board when Daniel Sanson, freshmen, answered the call, scoring the Hornet’s only point.

Swartz Creek went on to add four unanswered goals in the second half winning them the game.

Throughout the game, senior Elija Rodriguez-Garza had a total of 17 saves.

The Hornets returned to their home turf to face off against the Holly Broncos Monday, Sep. 14.

Kearsley won 1-0 after Caden Saxton, freshmen, scored in the second half, assisted by Brian Boisen, senior.

Rodriguez-Garza kept the Broncos at bay with 19 saves.

The Hornets traveled to Owosso to face off against the Trojans Wednesday, Sep. 16.

The team tied 2-2. Saxton and Boisen scored. Rodriguez-Garza had 9 saves.

Saxton took three shots at the Fenton goal and Sanson took one.

Rodriguez-Garza had 17 saves during the game.

The soccer team traveled to Clio Wednesday, Sep. 23 and lost 2-1.

Michael VanWingerden, sophomore, scored in the second half.

The Hornets return to their home field for senior night against Corunna, Monday, Sep. 28, at 6:15 p.m.