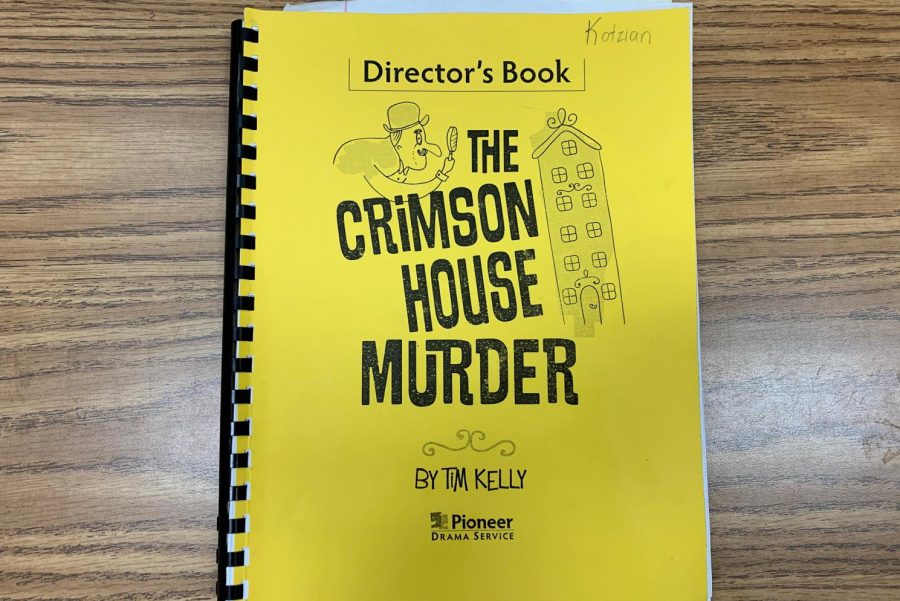 Students will perform "The Crimson Murder House" in the auditorium Thursday, Feb. 6, through Saturday, Feb. 8.

The story follows a murder in a boarding hotel where the characters have to pay a strange rent to Rebecca Fitzwilliam, portrayed by senior Jillian Locke.

The characters come and go in a strange manner that will contribute to the mystery of the murder while a detective follows the case.

Locke is excited about the mystery of the play.

“Everybody come and watch,” Locke said. “It’s something you don’t want to miss.”

The play is directed by Locke and Mrs. Renee Kotzian, choir teacher.

Senior Kat Gifford will portray Hercules Porridge in the play.

“I have stared in a lot of theater outside of Kearsley,” Gifford said, “but this is my first Kearsley production.”

Sophomore Alex Knack plays Mark Palegrave and loves the comedy in the play.

“I’m excited to hear the laughs during the funny parts,” Knack said.

“It’s funny with a lot of twists and turns,” Scott said. “The ending is not what it seems.”