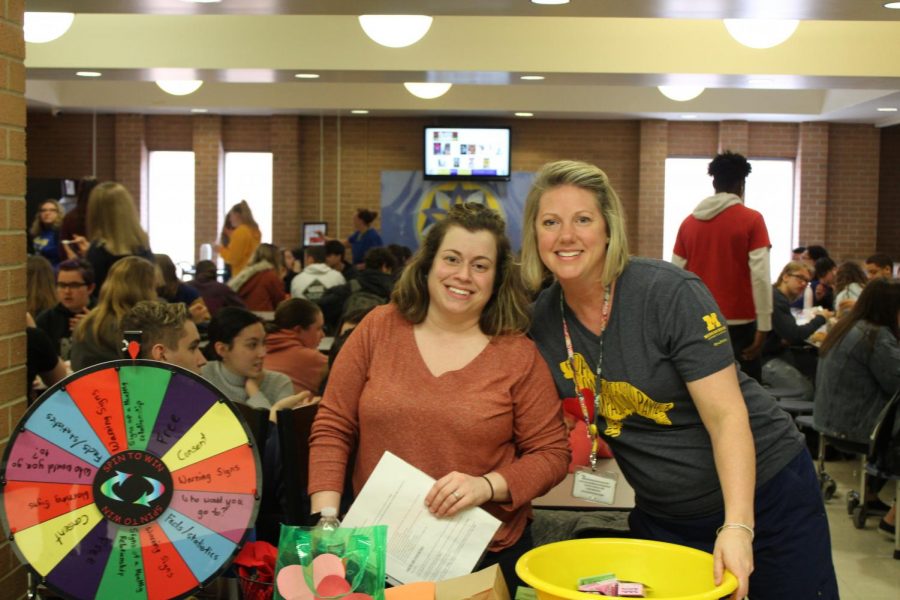 February is Safe dating awareness month and the Regional Alliance for Healthy Schools clinic wants to teach students how to be in a safe relationship and what to look out for in a relationship.

Throughout the month of February, students wearing orange can visit the RAHS clinic table at lunch to gain more information about how to be safe during a relationship and have a chance to earn candy.

Ms. Megan Wolf, a nurse at the RAHS clinic, wants to show teens that teen dating violence can happen to anyone.

“Safe dating awareness month sheds light for healthy and unhealthy relationships so people are aware and how it can effect them,” Fox said. “We think its important to inform (students), as they are young and don’t quite know what it looks like.”

Statistics show that around one in five students are in an abusive relationship.

Each year, 1.5 million students are physically abused by their partner.

The reason it’s good to learn about safe dating awareness is because only 33 percent of people who have been in a toxic relationship have told others.

Violence can start at any age, but many young women are affected by the age of 12.

“Some people may not realize what’s toxic and whats not,” Williams said. “They need a place to come to if they don’t feel safe. No matter how many times they say it’s OK and everything’s fine, we never know what goes on behind closed doors.”