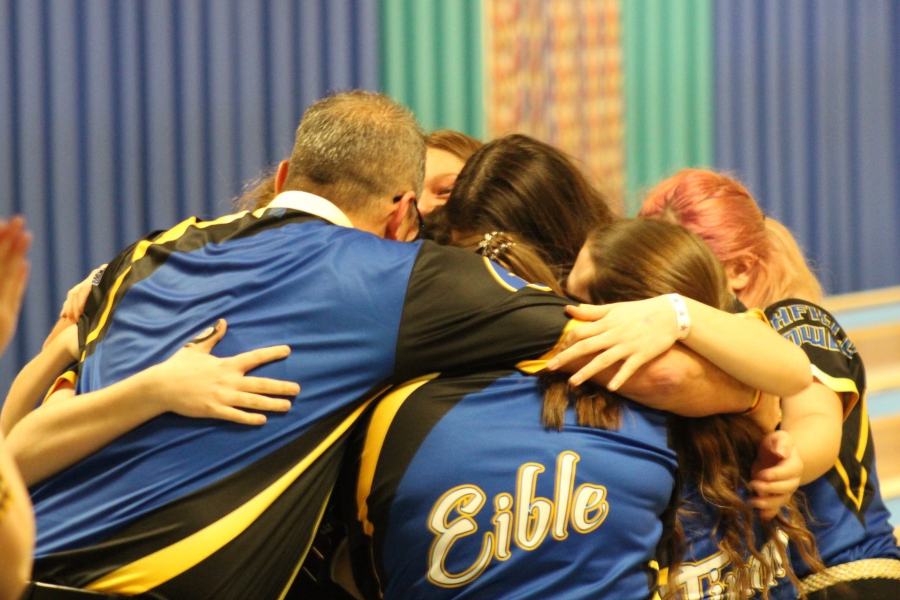 Members of the girls bowling team hug each other after junior Emilea Sturk finished the Hornets' 300 Baker game Saturday, Dec. 14.

The team bowled a 300 Baker game in the Bangor John Glenn Tournament. They are the third team in Michigan to ever shoot a perfect Baker game at a competition.

Qualifying first overall, the Hornets beat Battle Creek Pennfield in the first round and advanced into the final round.

Going against South Lyon, the Hornets scored a perfect Baker game against Lyon’s 157.

Senior Samantha Timm led the Hornets with a 651 series in the tournament.

Timm was excited after junior Emilea Sturk made the final strike of the perfect game.

“We shot a 300 baker at practice last year,” Timm said, “but the feeling of doing it during the competition was exponentially greater.”

Timm believes the team became closer because of the game.

“As soon as Emilea threw the final strike, we all jumped up and hugged,” Timm said. “We were all super pumped to finally accomplish a goal we had for our team.”

The Hornets took first in their division, ending with a total pinfall of 2,759.

Stinging Essexville Garber with games of 233 and 229 in the finals, the Hornets earned their third tournament victory of the year.