The American high school system is better than the French one 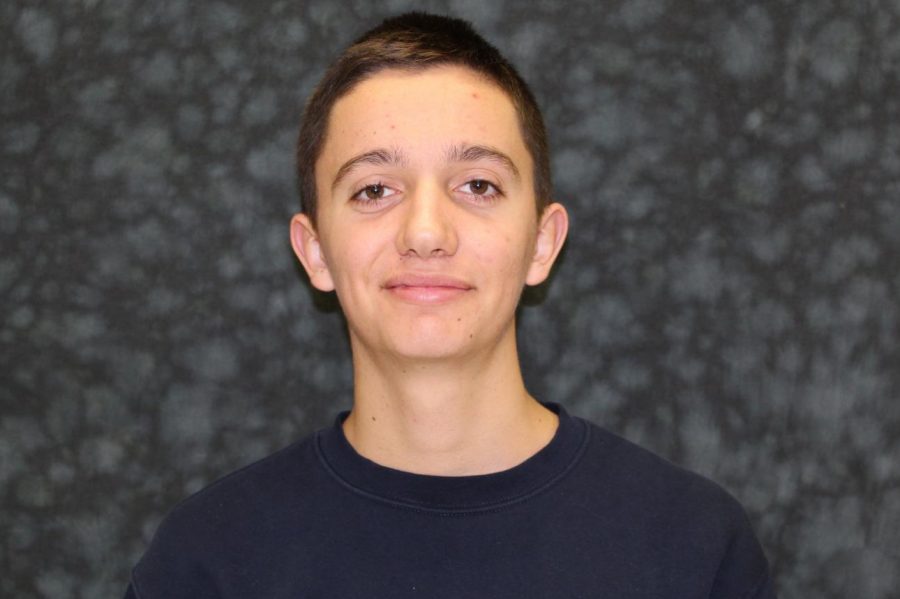 Senior Marin Marc believes the American high school system is better than that of his home country, France.

As an exchange student, I had the opportunity during the last three months to analyze how American high schools work. I have heard a lot of  students say “it is so bad here” and “we have the worst structure.”

That is not my opinion.

I come from France and in my country, our school days and programs are very different. There are advantages, but also disadvantages.

In France, we have two different high schools: generals and professionals. I will mostly talk about the general ones because I did not attend a professional high school.

To summarize, the professional high schools have been developed for the students who know exactly what they want to do and this job does not require to go to college (artisans, electricians, etc.).

In France, the students do not have four years of high school like in the United States, but instead three.

We begin school at three years old, then we have three years of what we called the “maternelles.” To summarize, this is a kindergarten.

“Maternelles” is followed by five years of elementary school and four years of middle school. Finally, we arrive in high school.

The name of the classes are also different. We do not have any senior, junior, sophomore and freshman years. It works like a countdown.

Our middle school begins with what we called the sixth, then the fifth, the fourth, the third, the second, the first and finally, the terminal.

For the majority, students finish high school at 18 years old in France. Then they go to college, university, or anywhere else their life takes them.

Some students do not have the possibility to graduate because their grades are too low or because they had an accident.

Consequently, they will retake their class during the next school year. Unfortunately, this practice is not used anymore for financial reason. Retaking classes costs money and France, like a lot of countries, is trying to save money as much as it can.

The first year of high school is considered the easiest. You do not have a lot of classes, you finish the school year early, and you do not have any exams. If there is a year to live it up, this is definitely the one.

However, at the end of this year, all the students have to make one choice. This choice will have an impact on their whole schooling. They choose their branch.

In the general high schools, there are three branches. There is naturally a little rivalry between each one of them for which is the best. We have the economics branch, the scientific branch, and the literary branch.

Let’s begin with the economics branch. If you are interested in economics, history, political science and similar fields, this is made for you. We have six hours of sciences and economics sciences, a couple of mathematics classes, and the languages. We also have a few science classes during the junior year.

This is considered as the most general section because you have a little bit a everything, especially in 10th and 11th grade.

In 12th grade, your main domains would be economic, social and political sciences. Every senior would have seven hours of economic and social sciences and four of mathematics. However, the science classes, such as chemistry or physics, would completely disappear.

The scientific branch is considered the hardest. If you are interested in biology, chemistry, physics and mathematics, this is made for you.

However, the quality of this education, which makes its value, is also its weakness. In France, it is not rare that the parents give their children the obligation to apply to this branch.

Consequently, the classes are unequal, and some students receive terrible grades leading to them not being able to go where they would like.

The literary branch is based on the languages. Unfortunately, it is often criticized because of the lack of opportunities it proposes post-high school.

However, if you want to be an author, a journalist, or an interpreter, it is made for you. It develops some values, such as creativity.

Unfortunately, parents are sometimes reluctant for their children to attend this branch.

Science classes such as chemistry or physics would completely disappear in the literary branch by senior year.

For the senior year, every student has to choose a specialization depending on his branch and interests.

During their junior year, the students will pass their final exam of French and of sciences for the economics and literary branches.

During their three years in high school, the students are prepared for the “baccalaureat.” Good grades in this exam can take you to great colleges or universities.

I would say that the French assignments are harder than the American ones. My grades here are higher than in France and I work less than during past years.

The other difference is in grading. Unlike the American system and its letters, every assignment in France is on a 20-point scale.

In the United States, one of the great advantages is that you can choose almost all of your classes. This is an awesome example of autonomy and freedom.

In France, you are stuck and are a victim of an often terrible schedule which you did not decide. Each day is different and you have the obligation to work for some classes that do not have any importance for you.

Finally, the best argument to affirm the superiority of the American high school is school spirit.

Maybe it is so obvious that students have the habit to forget it but for me, this is completely incredible.

In France and in Europe in general, we do not have sports like in America. We also do not have a store like the Hornets Nest.

Even if the schools of the Old Continent are trying to develop this idea, we are — and maybe will always be — far behind the United States.

However, the French system has also its advantages.

We sometimes finish classes at 6 p.m., but we can also begin at 10 a.m. and have two hours to eat our lunch.

Moreover, the students can do whatever they want when they do not have class. If you begin at 11 a.m., you do not have the obligation to come at 8 a.m. The same applies during lunch; you can eat wherever you want.

Finally, there are no substitute teachers, except if the absence was truly expected. When the teacher is absent, you just do not have class.

You can work in the media center or just go home. That is your choice.

Teachers are replaced when they are not present for a long time, such as a couple of weeks.

You also have to understand the reason why our days are so long.

Like you probably know, my country is very touristic. France is even considered as the most touristic country in the world with its 89 million tourists in 2018 alone.

Consequently, longer days mean longer vacations for developing tourism. We have quite a lot of holiday breaks with two weeks for Halloween, two weeks for Christmas, and two weeks between February and March.

However, you have to know that our system is changing with the reforms of President Emmanuel Macron with the National Education.

Of course, the new system has advantages but it is also very controversial. It has some American inspirations.

From now on, students will choose a couple of classes but will always have what we called the “tronc commun”: some classes required to pass.

I will conclude by saying that both systems have advantages and disadvantages.

Maybe the main difference between them is not the grades, the classes, or the branches, but the values they want the students to integrate.

In contrast, the French high schools bear the ideas of hard work, rigor, and application in the work.

Maybe the truth is not one of them but a mix of both.