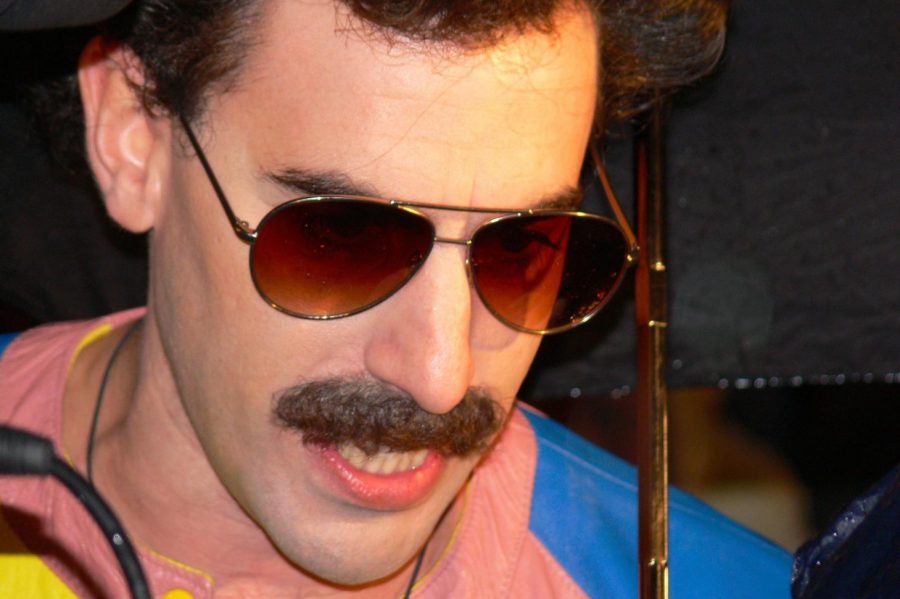 Sacha Baron Cohen portrays many characters in his comedies, including Ali G and Borat.

From shooting other contestants to win a race to mocking women for working toward equal rights, Sacha Baron Cohen’s characters do dark humor right.

Cohen is an English comedian born in 1971. He has played a huge role in comedy for more than two decades.

Cohen has played characters like Borat Sagdiyev of “Borat,” Ali G, Aladeen of “The Dictator,” and King Julien from the “Madagascar” films, giving him a long portfolio of comedic characters.

With each new character, Cohen polishes his style of comedy.

When making jokes under all of his aliases, he uses dark humor to please those who enjoy cynical comedy while making sure that the few that don’t like dark jokes can stomach those that are cracked.

While he preforms as Ali G, he interviews a plethora of people to talk about certain topics.

During these interviews, Cohen tries to make the most illogical sounding statements or ones that he knows will offend or confuse the guest.

Cohen does this to make the viewer laugh at either how stupid he is or how puzzled the guest looks.

Some of the jokes he makes are a bit on the offensive side but they are all tolerable. None cross into the realm of bad taste.

The point of Cohen’s style of comedy as Ali G is to get you to laugh at him, not the topics he is talking about.

Another one of Cohen’s characters is The Borat.

The Borat is a character meant to portray a Kazakhstani journalist who comes to America in order to better his nation.

The Borat, like Ali G, relies on you laughing at him or the confusion caused by him. Randomness plays into his performance.

In all of the characters Cohen plays, he gets into dark humor the most with The Borat as he is trying to imitate an offensively stereotypical Kazakhstani reporter.

Once again, the dark humor is small enough that those who don’t like this type of comedy can still digest the comments.

Cohen makes jokes about past tragedies and offensive stereotypes with no intention to disrespect anyone who has gone through tragedies or falls into the stereotypes. He does so to make people laugh.

With a perfect mix of light and dark jokes, Cohen finds the recipe for hilarious comedy.