Rage Against the Machine reunites 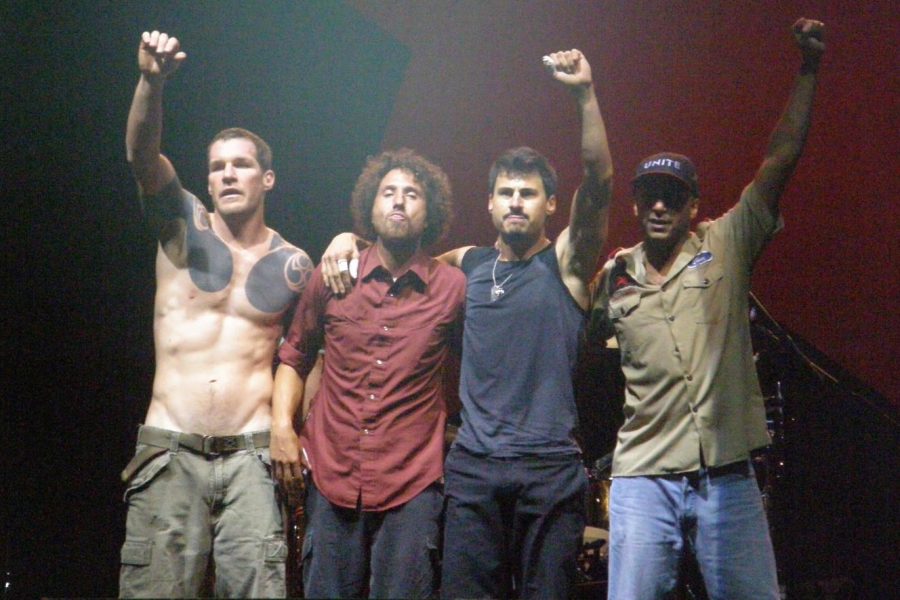 Rage Against the Machine holds up power fists at the end of a reunion performance in 2007.

On the eve of its final original album’s 20th anniversary, legendary metal band Rage Against the Machine announced a 2020 reunion tour Sunday, Nov. 2.

The band announced five concert dates in March and April which will include two live sets at Coachella.

The reunion excites sophomore Kailer Young. He wonders what the band’s message will be.

“I really enjoy their music so I’m excited for them to come back,” Young said. “I wonder if they will sing about current political issues in the United States.”

Releasing its debut, eponymous album “Rage Against the Machine” in November 1992, the band quickly gained a reputation as a powerful group with a political message.

The album became an instant success and charted on the Billboard 200 chart. Rolling Stone ranked the album No. 365 on its 500 greatest albums of all time list.

Its second album, “Evil Empire,” was released in 1996. It featured the track “Bulls on Parade,” an iconic song for the band.

Time and Rolling Stone magazines listed the album as the best of 1999 and the album was praised by fans and critics alike.

“Guerilla Radio” earned a Grammy for the best hard rock performance in 2001.

The album, which went two-times platinum in the United States and Canada, reached No. 1 on the Billboard 200 and sold 420,000 copies in the first week.

The spin-off group Prophets of Rage broke up because of Rage’s reunion.