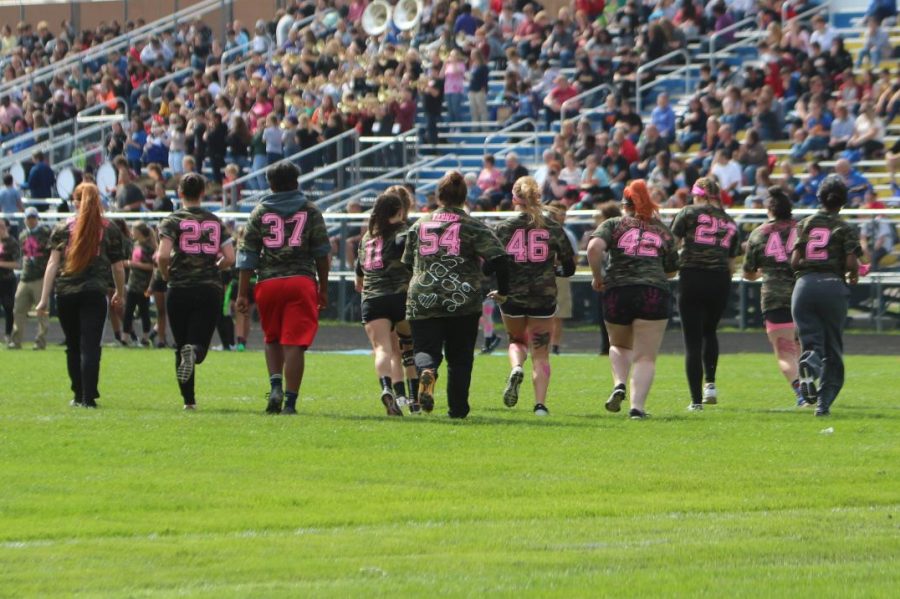 The Class of 2019 takes the field during the 2018 powder puff tournament.

The teams will consist of the Freshman, Sophomore, Junior, and Senior classes.

The first powder puff semifinal will pit the freshmen against the juniors. The second game will see the Sophomore Class face off against the two-time defending champion Senior Class.

Admission costs $5 to attend both games.

The powder puff king will be crowned between the semifinal games.

The five seniors up for the honor are John Brown, Jaylon Burchfield, Ashtyn Cohoon, Brandon Fisher, and Ethan Livingston

The powder puff championship game will kick off Wednesday, Oct. 9, at 1 p.m.

This year’s contest brings extra drama as classes earn points for the Spirit Cup competition based on their record.

A victory in the semifinal games earns a class 50 points, while winning the championship earns 100 points.