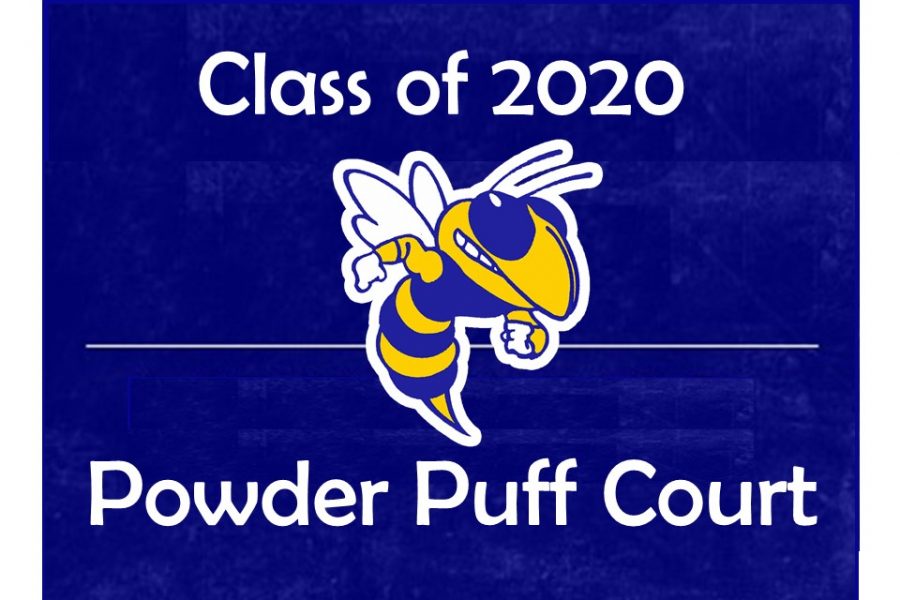 Five seniors look to claim the powder puff crown as they represent their Class of 2020 peers on the 2019 powder puff court.

Brown’s hobbies are wrestling and playing football. He also likes to spend time with his family.

His parents are Mr. and Mrs. John and Yakini Brown.

He was escorted by junior Allyson Sizemore at the pep assembly.

Brown’s future plans include attending a four-year college and pursuing a career in special education.

His biggest inspiration is his grandma Angie and grandpa Kevin.

His future plans include going to college and landing a good job that he loves.

Ashtyn’s hobbies include gaming with his friends, and he also enjoys playing and watching sports. He loves watching movies.

His future plans include an apprenticeship at Consumers Energy.

Ashtyn was escorted by senior Raegan Duffy at the pep assembly.

Fisher’s parents are Mr. and Mrs. Chad and Amie Fisher.

His biggest inspiration is his father.

Brandon’s future plans include finishing high school with a 3.5 GPA and going to college for mechanical engineering.

He was escorted by senior Felicia Cunningham at the pep assembly.

Livingston’s parents are Mr. and Mrs. Jason and Kristi Livingston.

His hobbies are fishing, playing football and baseball, and hanging out with his friends.

Ethan’s biggest inspiration is his father.

His future plans include going to college for criminal justice or sports management.