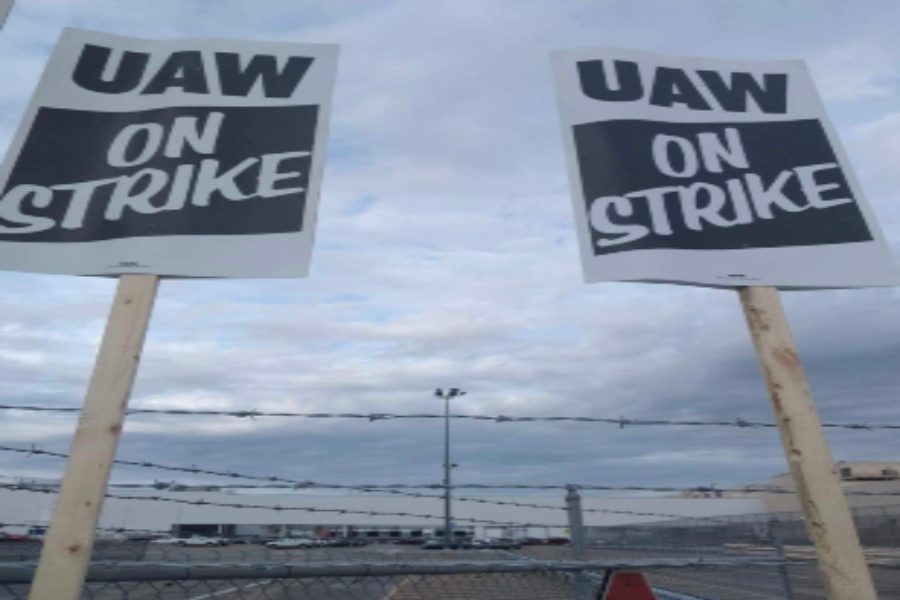 United Automobile Workers union members who work for General Motors and Aramark went on strike at 52 factories in nine states between Saturday, Sept. 14, and Sunday, Sept. 15.

The strike is the first to cause GM to halt work since 2007.

While the wage satisfied needs a few years ago, increases in the cost of living made it less than ideal.

“When that wage was set then it was a decent amount,” Burns said. “Now that the cost of living has gone up and the wages have stayed the same, it’s making things a little difficult.”

“Health care is decent, but for us it’s not anywhere as good as what our (union) brothers and sisters get,” Burns said, “and we’re lucky if we get a week (of) vacation — if that.

“As much as we put ourselves through, it’d be nicer to have more (vacation) time.”

Burns feels GM should give temporary workers real positions because of what the UAW has done for GM in the past.

“UAW wants GM to turn more temp workers into permanent workers,” Burns said. “They (GM workers) gave up a lot when GM needed a bailout. Now GM can’t do the same, making record profits but nothing else (is) getting better for us.”

The strike has been emotional for many, including Burns.

“What it’s been like has been a roller coaster of emotions,” Burns said. “The uncertainty of when we are going back is the worst part in all of this.

“But it’s a surreal feeling knowing that my union hood of brothers and sisters are making a mark on history. It’s really joined us together as one.”

“Seeing everyone across the country with different union locals joining as one and showing the support (makes me happy),” Burns said. “The communities have been something else as well. So many people have dropped off food and water and whatever.

“The love and support has simply blown me away.”

“If we are taking into consideration the secondary impact on communities, there could be negative impacts or layoffs on the supply side of GM’s production,” Whalen said. “For example, any car part factory that supplies to GM might have to lay off workers.”

The UAW strike will continue until all or most of the striking workers’ demands are met.