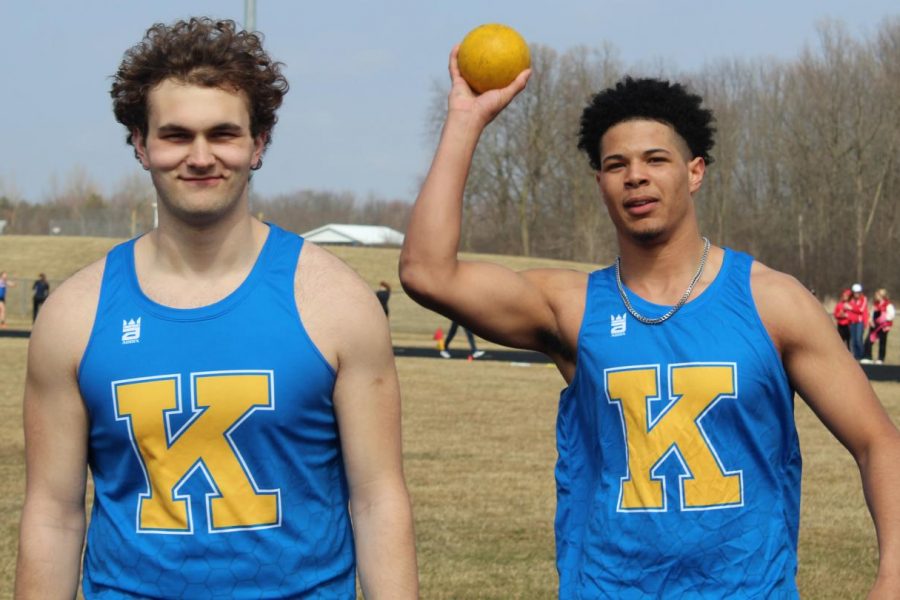 Seniors Dylan Buschur (left) and Nick Letterman stretch before throwing the shot put at the Kearsley Relays on Friday, April 5.

Carman-Ainsworth won the event with 94 points, while Flushing raided its way to second place.

Field events were the team’s strong suit, with four shot putters placing in the top eight.

The Hornets were dominant in the discus, sweeping first and second place with throws of 139-03 by Buschur and 115-04 by Harris.

Freshman Tyler Csintyan scored for his team with a third-place high jump of 5-05.

In the long jump, Braylon Silvas leaped 18-10.5, which was good for second place.

The Hornets will host Owosso and Clio on Tuesday, April 16. It will be the first Metro League meet of the season.