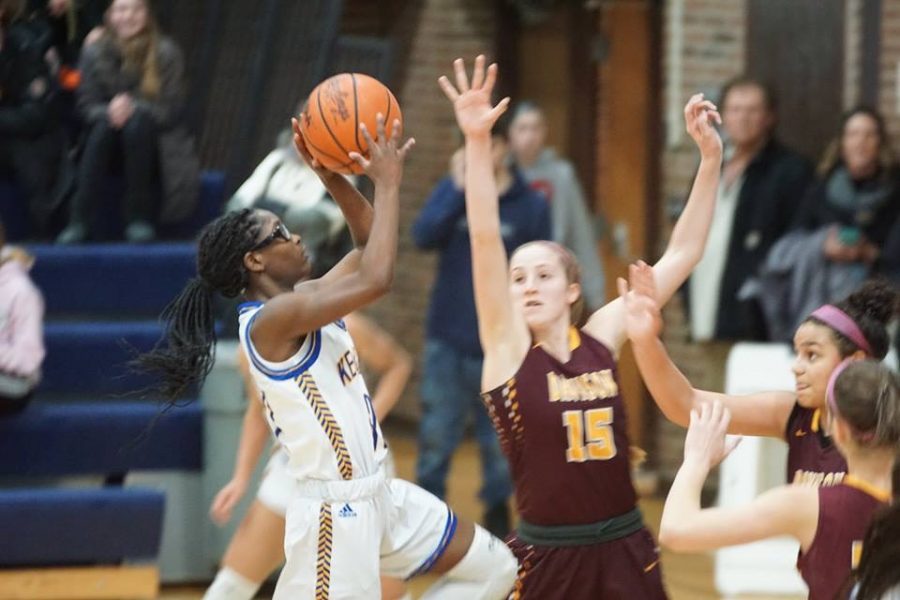 Junior Sydney Walker shoots on Monday, March 4, in a game against Davison.

The girls basketball team won its first MHSAA district game after a last-second shot gave the Hornets a victory over Davison on Monday, March 4, at Lapeer.

Sydney Walker, junior, scored the winning shot with a floater from the free-throw line with four seconds left on the clock.

“It felt amazing to know that I played a large role in making sure our season continues,” Walker said.

During the beginning of the game, the Hornets started off in the lead, but as the game went on, Davison made a comeback.

“We started off with amazing energy,” Walker said. “As the game went on, we kept the energy but we got lazy with things, allowing the other team to come back. As a whole, we did well. But we, as a team, have a lot to work on if we want our season to continue.”

Walker is excited for the future with her team.

“Right now we are taking it game by game,” Walker said. “Our long-term (goal) is a district championship Friday and to continue on the road to states.”

The girls will play Lapeer in the district semifinal Wednesday, March 6, at Lapeer.

The winner of that game advances to the district championship Friday, March 8, against the winner of the Carman-Ainsworth vs. Flint semifinal, which is after Kearsley’s semifinal game.