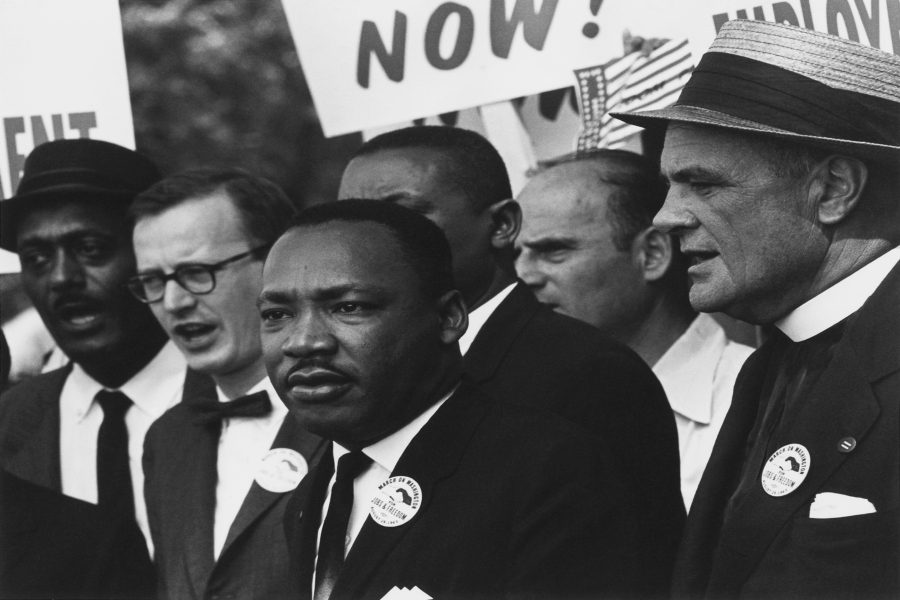 America has a dark past, a period when our ancestors could not get along due to the pigment of each other’s skin.

This is why Martin Luther King Jr. Day was made a holiday, to prevent repeating the past and to remember it.

MLK day wasn’t always celebrated because it wasn’t known to be an official holiday until Nov. 2, 1983.

During President Ronald Reagan’s time in office, he signed a bill to celebrate King’s great accomplishments and reminisce about his time as an influential leader and motivator.

The Montgomery Bus Boycott was a civil rights protest in Montgomery, Ala., in which black men and women refused to take city buses in regard to segregated seats.

Even though this event is known as an example of King’s great accomplishments, he didn’t kick-start the boycott, Rosa Parks did.

Parks started a quiet revolution by refusing to give up her seat to a white male on a city bus.

A year after the refusal, she was arrested and put in jail for the crime.

Parks called E.D. Nixon, a prominent black leader, to bail her out of jail to attack Montgomery’s discrimination laws. This was the start of the boycott.

King got involved in the movement because of a story from the Montgomery Advertiser, a local newspaper, showing the planned action.

Black leaders from the community began to form the Montgomery Improvement Association with the help of King, who led the protest.

On Dec. 5, 1955, King’s followers walked to their destinations instead of taking their local bus, which caused the Montgomery bus business to suffer.

The boycott lasted 13 months until the Supreme Court ruled that segregation on buses was unconstitutional on Dec. 21, 1956.

This decision benefited black people who were eventually able to get the right to travel on buses freely and to sit in any seat they desired.

The bus boycott also showed that a non-violent mass protest can successfully challenge racial segregation and also served as an example for other campaigns that King would be involved in.

The Birmingham Children’s Crusade of 1963 was a protest group with young adults and children who were fed up with segregation happening in their city.

The campaign started when King came to Birmingham only to find out the city was known to be racially divided.

Looking for a way to stop this divide, King got help from the Rev. James Bevel, leader of the Southern Christian Leadership Conference.

The protest came to light when King and Bevel had an idea to protest with children.

This led to King getting arrested to stop the protest from getting out, but it didn’t stop Bevel from recruiting local students.

On May 2, 1963, the Children’s Crusade began with a march in Birmingham. More than 3,000 black children and teens marched down the streets of the city.

When police officers arrested protesters, other groups replaced the protesters.

This the local problem turned nationwide due to how Birmingham’s police force dealt with children who were protesting.

The Birmingham Police Department used high-pressure water jets and attack dogs to put down the protest.

The event was broadcast nationwide by local news stations, bringing light to the tragedy.

Due to the backlash, Birmingham began changing the city’s discriminatory laws.

King’s leadership in the Montgomery boycott and the Children’s Crusade helped build his reputation, showing people that his dream of living in a peaceful world may come sooner rather than later.

During the March on Washington to promote ideas like civil and economic equality for black citizens, which took place Aug. 28, 1963, some 250,000 Americans rallied with King.

The March on Washington is remembered as a monumental piece of history because the idea of civil rights for black people was huge in America at the time of the event.

In King’s well known “I Have a Dream” speech, he talked about the importance of the march. He emphasized that anyone of every race, color, religion, sex, and national origin was to be accepted.

The “I Have a Dream” speech used the beliefs of followers to enforce the ideal American society with no racism and no segregation.

Through the speech, King preached that the ideal world could happen without physical confrontation.

Nonviolence was an important idea for King because he was a fan of Mahatma Gandhi. Gandhi was an activist who led the Indian independence movement and who also preached nonviolence.

King’s accomplishments were shown through the significant pieces of history he was involved in that shaped America into what it is today.

Because of his leadership, King was granted several awards and was even honored with a Nobel Peace Prize in 1964.

At the time, he was known to be the youngest man to ever receive the Nobel Peace Prize at the age of 35.

The money he received from the prize — about $54,000 — was used in the civil rights movement.

King’s life was ended when he was assassinated.

The news of his assassination spread like wildfire, causing outbreaks of racial violence.

The largest investigation in FBI history led agents to a person they believed who could have caused King’s death.

There was an international manhunt for James Earl Ray, who was suspected to have murdered King.

Eventually, Ray was sentenced to a 99-year prison term after pleading guilty before a trial. He recanted his confession months afterward but remained in prison.

Even with the murderer behind bars, the tragedy left a scar on America’s heart. The heartbreak ensured that King’s legacy would remain strong even after his death.

Martin Luther King Jr. Day is more than a day off of school to spend at home or hang out with friends.

It should be a day to remember how American freedom has evolved and continues to advance for all citizens.

King will always be remembered for teaching people that if they believe in a cause, they can change the world by changing their community first.