Students have a love-hate relationship with Black Friday 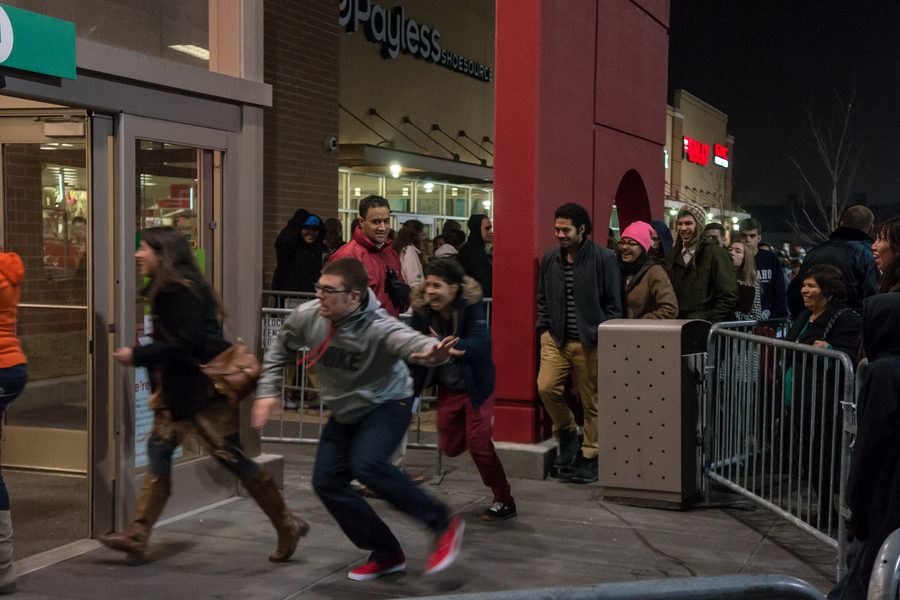 Crowds can be overwhelming on Black Friday.

Black Friday, which falls on Nov. 23 this year, is a day of shockingly low prices on originally expensive items.

Even with these great deals, opinions on the day are divided.

Some people choose to stay at home, while others go out with a full wallet to the nearest Walmart.

Sophomore Mackenzie Atkinson believes Black Friday is an absurd holiday which is praised too much by consumers.

“I don’t like Black Friday,” Atkinson said. “It is overrated and annoying. It shouldn’t even be a holiday.”

Long Island, N.Y., was struck with tragedy on Black Friday in 2008. Two-hundred people trampled one another before the local Walmart even opened, and a worker was killed in the chaos.

Atkinson thinks people can be too focused on the deals stores present.

“People can be obsessive with these deals,” Atkinson said. “In a way, it is very selfish.”

Many of these incidents have a common theme as people take on a mob mentality. Mob mentality is when people are influenced by others in a crowd to make rash, potentially harmful decisions rather than using reason.

These reports, however, are not common. In 2017, there were only four news stories about these occurrences.

People also have the opportunity to shop online on Cyber Monday. This makes fewer people go to stores, turning instead to websites to order their desired items.

Sophomore Cathlyn Healy finds that Black Friday is a good day for deals.

“I think it is a nice day to get new stuff into our house for half the price,” Healy said.

Even though Healy’s and Atkinson’s opinions on Black Friday differ, Healy agrees with Atkinson about how obsessive people are.

“I think it is weird how people would stay outside for hours for an item,” Healy said. “They can do what they want. I just wouldn’t do it.”

The featured image for this story is from Flickr.