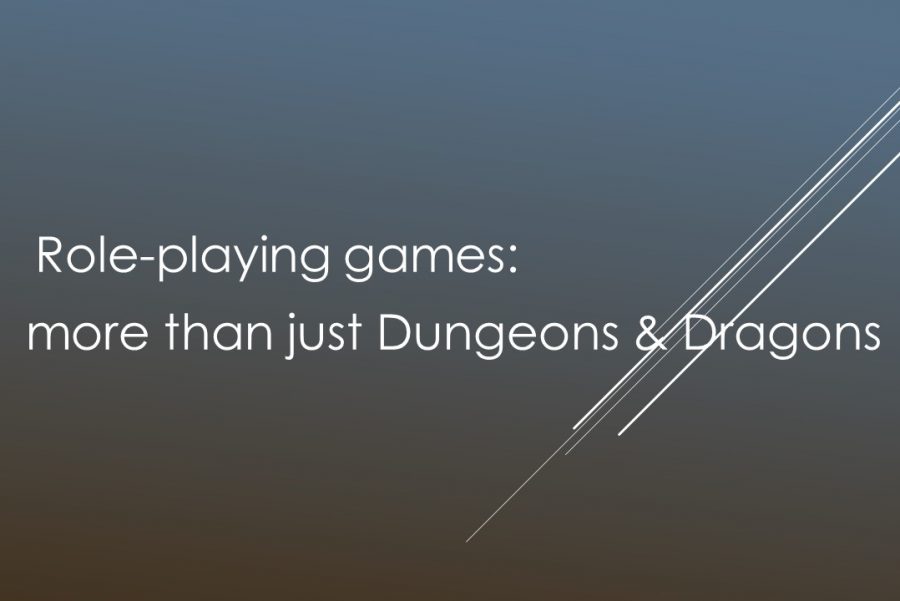 Role-playing games offer players an escape from reality, often to a fantasy land filled with imagination.

Recently my friends and I experimented with a Fallout-based game and we thoroughly enjoyed it.

The experience got me thinking, what other role-playing games are out there?

“Call of Cthulhu” is a turn-based role-playing game based on the novels of H.P. Lovecraft.

The game involves players working together to defeat a final monster, Cthulhu.

The game master tries to get the players to fight among each other throughout the campaign.

In order to perform actions, players have to roll lower than their proficiency in a skill.

One of my favorite things about the game is its sanity feature.

When players have a near-death experience or are exposed to something strange, the game master calls for a player to perform a sanity check.

A failed check can affect a player’s health and abilities in the game.

Freshman Quaid McArthur enjoys “Call of Cthulhu” for its setting.

“I like the time period,” McArthur said. “It’s different.”

Some role-playing games can be based on popular movie or video game franchises, including “Fallout.”

The Fallout universe is one of a post-nuclear America filled with creatures and humans in a constant bid for survival.

In the tabletop game, players are taken to this world by their moderator and work as a team to reach a goal, often to deliver a certain object or confront a despotic ruler in the wasteland.

The game allows players to be creative as well.

Players can make custom maps and character drawings that make the game interesting and engaging.

The game also allows players to build characters of any type, from the smartest scientist to the strongest athlete.

Another option is for players to create their own role-playing games.

Matt Ehrmantraut, freshman, has dabbled in making his own games.

He recommends game creators gain experience in various role-playing games before they start their own platform.

“I recommend they play a lot themselves, whether the games be digital or pen and paper,” Ehrmantraut said.

The next time you and your friends play a role-playing game, be sure to consider these three quality options.